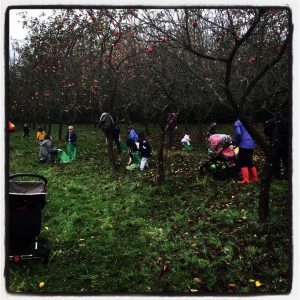 We are thrilled to announce the arrival of a new shop at the Courtyard, as Virtual Orchard join us in September!

Virtual Orchard was started in 2009 when we began making cider using unwanted apples from trees in private gardens and from remnants of old orchards scattered around MIlton Keynes and South Northants. After being crowned Gold Medal Champion Cider of Britain in 2011 we decided to scale up production and the ‘hobby’ became a full time job by the end of 2013. The cidery still uses unwanted fruit as well as apples from local orchards to make a range of traditional still ciders and raw oak-aged cider vinegar. We now also have our Coachbuilder range of ‘skinny’ sweet ciders with hints of other natural flavours.

In 2014 we purchased a small copper still ‘Velocity’ in order to convert some of our cider in apple brandy. More recently we have begun distilling other spirits including malt spirit, brandy and whiskey. We have a number of liqueurs too and will be expanding our ranges over the coming months to include limoncello, vodka, rum and other exciting liqueurs.